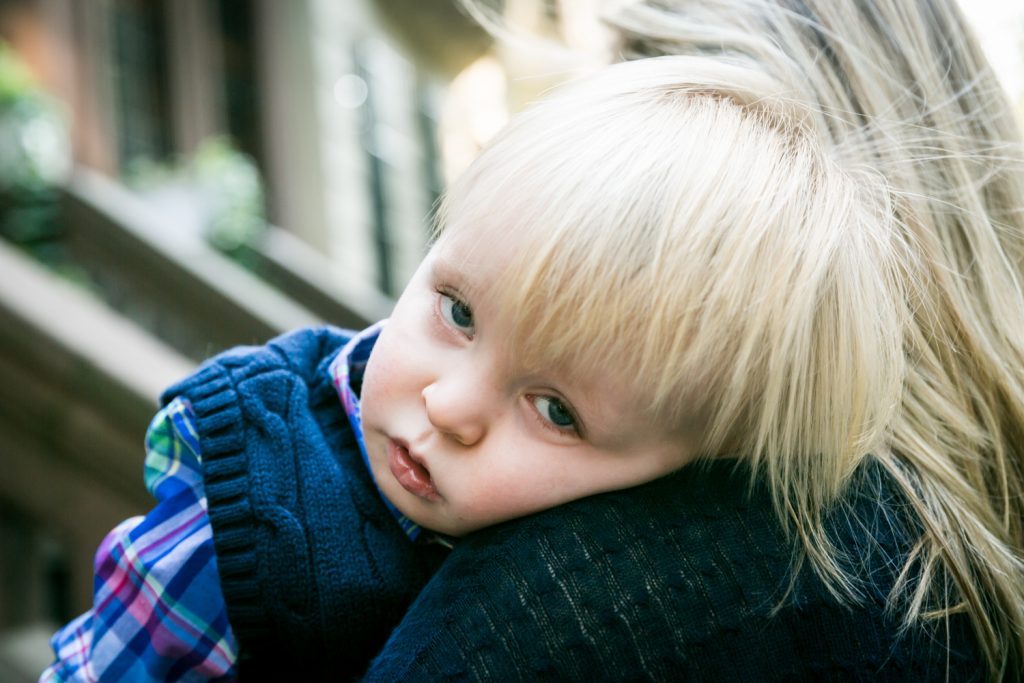 It’s every parent’s worst nightmare: you schedule a family photo shoot for the one day of the week everyone is available, get everyone’s hair and clothes looking nice, and then of course, your child gets sick.  It happened to me Sunday during my session with Sandy, Bryan and Henrik.  Here is how to handle the situation and the Central Park family photos that we took during the shoot.

Poor Henrik.  He is normally an energetic little boy, but when I met him on Sunday morning, he was in the early stages of coming down with something.  In this case, he woke up groggy and felt worse as we continued the shoot.  As it turns out, Henrik had strep throat, but I know he is in good hands with mom Sandy and Dad Bryan.

So what if this happens to you?  The reality is that there is not much you can do. Henrik got sick about an hour before the shoot.  I had already left the house and was mid-commute to Central Park.  Not knowing how sick he was, Sandy gave him some non-drowsy medicine, breakfast, and the motivating call, ‘let’s go to the park!,’ in the hopes of cheering him up.  I recommend the same course of action if your child gets sick so close to a shoot.  Certainly, you would never want to prolong a shoot and worsen a bad health situation, but in this case, we weren’t sure if lethargy or actual illness was the culprit.

For Sandy, Bryan, and Henrik, I wanted to make the best of the remaining hour, so we took what family photos we could and concentrated on doing things that were Henrik’s favorites — like playing at the playground.  When this didn’t work, we let Henrik sleep in his stroller while I turned the shoot into an anniversary portrait of just Sandy and Bryan to celebrate their 11 years together.  Remember, no family shoot is complete without photos of mom and dad alone. At the end of the hour we agreed to reschedule for another day closer to Thanksgiving.  And if you have two hours or more notice of your child being sick, rescheduling is the thing to do.  Even if you suspect your child might be sick the night before, give your photographer a call so that you can cancel in the morning if necessary and your photographer can get you on the calendar for a later date.  I try to be as flexible as possible with my clients when it comes to rescheduling.  Finding an available weekend maybe tricky, but shoots during the week are normally never an issue.

Bottom line, let your photographer know as soon as you foresee a problem.  For minor aches and pains, try to rally the child with snacks and toys.  And if the shoot doesn’t go entirely as planned, salvage the shoot as best you can by focusing on the family members who are well.  If your child is really down for the count, then rescheduling is the only cure.

Want to see little Henrik in a much happier state?  Check out these Central Park family photos from a later shoot here.

If you would like to see more images from my portfolio, such as these Central Park family photos, then please visit my website — KellyWilliamsPhotographer.com