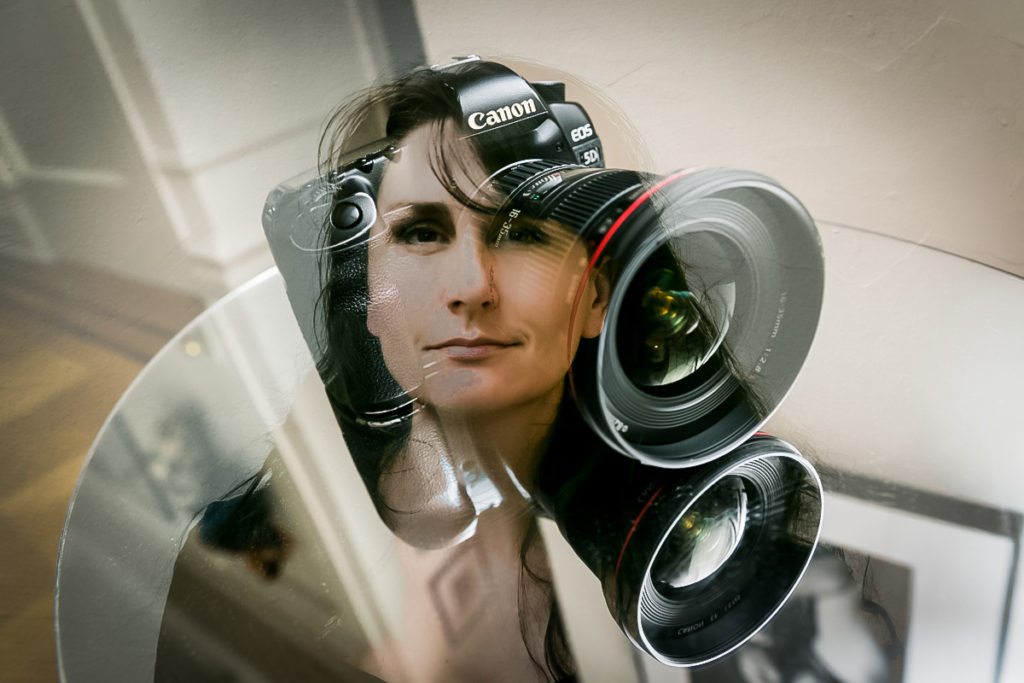 My new year’s photography resolution for this year is to try and break out of a creative rut any which way I can. SLR Lounge recently had a good article on six ways to do just that. One of the article’s suggestions was to take a field trip.  And since visiting NYC’s numerous art galleries on a consistent basis has always been high up on my ‘to do’ list, yesterday I decided to take a field trip to Chelsea.

I visited 15 galleries yesterday afternoon.  Impossible you say? Not so when you take into account that some of the galleries took a total of five minutes to walk through, thanks to the art being less than satisfying. I spent the most time in the Pace/MacGill gallery which is showing the personal work of one of my favorite photographers, Irving Penn. Here’s the rundown of what I saw, which galleries you should visit, and which galleries aren’t worth your time:

Review: A smattering of feminist-related photos. There was one interesting portrait of (presumably the artist?) a middle-aged woman with her head covered and holding an automatic rifle. Other than that, meh.

Review: The three pieces from Laurel Nakadate’s Stranger series were the only photos here that interested me. Nakadate’s work is a series of portraits taken at night, and lit only by intense on-camera flash. The resulting images are enhanced by the fact that the entire gallery is dark, with the photos lit only by spotlights. I wish more of her work were on display. It’s worth a visit.

Review: A series of small photos of squares photographed using a 19th century development process, or something like that. Do not waste your time.

Review: Garage sale still lifes. The title alone tells you not to visit.

Review: Series of photos exploring the various color differences in black and white photos. Why is this taking up wall space? Do not go.

Review: For me, ClampArt always knows how to put on a good show. This exhibition is basically a hodgepodge of portraits, and I wish there was more of a theme to the show, but it’s worth a visit to the gallery just to see David Robbins’ classic 80s headshots of well-known visual artists such as Jeff Koons and Cindy Sherman. Check it out.

Review: I had a love/hate relationship with this show. On the one hand, I found several aspects of the show inspiring. Some of the quotes in the curatorial description really stuck with me: “the apparently inconsequential can be redeemed by artistic seriousness” and “a plain vocabulary is the most demanding,” most notably. This show focuses on the work this photographic master did when he wasn’t shooting for major publications. It’s a window into what all artists go through – and what I am working through right now – how to stay creative when you have commercial commitments. Basically, Penn photographed a lot of still objects, including trash he found on the street. The work isn’t really all that interesting, but I found the motivations behind it to be inspiring. Also, there are three (four?) photos from Penn’s moving light series where he changes the focus of the photo to follow a ray of light which I would like to try in my own studio. Definitely visit the gallery.

Review: This show is remarkable not so much for the art work – which is really tiny – but for the messed up family life of the artist behind it. In short, Juan Betancurth was disciplined as a child by his mother, Nydia, using torture devices of her own creation. As an adult artist, Juan used these torture devices as inspiration for his own sculptures, which Nydia is seen posing with in the images. The photos were taken in Columbia by Juan’s friend and fellow artist, Benjamin Fredrickson. Visit for the soap opera, not the art.

Review: Whenever I visit a gallery, I first go to the front desk and read the price list for the work. It gives me an idea of what galleries are paying artists, which is roughly half of price listed. Imagine my surprise when I saw that this series of photos is going for $250k to $400k. Not worth it in the least. A waste of time and money.

Review: Meh. Nothing that drew me in.

Review: For those of you with a morbid curiosity (like me), this show is definitely worth the visit. Christopher Payne presents a series of beautiful photos showing remarkably well-preserved mental institutions no longer in use. The photos are technically perfect: one particular black and white shot of an auditorium took my breath away. The photos are beautiful, just based on looks alone, but the intriguing backstory to each photo is fascinating as well. Definitely visit.

Review: I have to admit, I went into this gallery with very low expectations. The photos are large-scale landscapes taken in Namibia. But several of the photos show western tourists surrounded by their environment as tiny specks to the viewer. It’s a nice reminder that we are but a small part of a larger world. Go see it.

Review. Good show, and a great introduction for me to a new photographer, Sabelo Mlangeni. The exhibition includes four photos of Sabelo taken in a largely white section of South Africa. You can sense the uncomfortable wariness of the subjects, frozen in time by this black photographer. As a Southerner, these photos resonated with me personally, and I was struck by how closely similar the photos looked to towns I have visited.

Review: Black and white photos of India. Nothing to see here.

Review: One of the best shows I saw yesterday, and proof that size matters when it comes to photography. The portraits here are blown up to a huge degree, and when you stare into the eyes of Thomas’ subjects, the reflective glass covering each photo lets you see your own image as well. An unintended effect that adds to each portrait’s resonance.

I’ll hit the galleries again next month (if not sooner), and will try a different part of the city. There are lots of galleries located both uptown, farther downtown, and in Brooklyn, but the Chelsea galleries are the most closely grouped together. By the way, I use the gallery listings by Photograph Magazine whenever I want to see what’s playing.

Finally, here’s a photo I took yesterday after getting back a bit of my creative mojo.  The field trip worked! So that’s my report. Have you seen any good photography shows lately? Any that I need to see soon? Let me know.